Just before the Wado Academy Winter Course I annoyingly, very annoyingly, sustained another ankle injury and had to miss out on the week's training in Guildford. I also had the same kind of injury in the other foot at the back end of last year and might have to look into things.

I did manage to make it down to Guildford for some beers and the camaraderie of others. That's still important.

On the Sunday, even though I had the foot injury I took a chair and sat in the dojo to watch the second lesson. Arthur Meek sensei was taking the brown belts and below down the bottom end, which gave me a close up view of their training.

Whilst watching I was glad to see some really nice movements, happy to see orange belts trying hard to keep up with Kushanku and doing well given the circumstances, and also spotted some mistakes by others.

In my mind I wasn't just there to see who was making mistakes for the sake of looking, I was trying to then think how would I address that when teaching. Is it something that I don't correctly emphasise to students or pull them up on it.

I was making these notes on my phone, so hopefully Arthur Sensei didn’t think I was texting away during his lesson.

It was at that point he pulled everyone into a circle and had a go at the “I know this” attitude exhibited by some to the techniques, which ended up with them not taking on board any of the finer points taught in the previous days.

I have to admit, I was a little smug about it on the inside. Then again, through rigorous training with Shiomitsu Sensei, that attitude tended to leave your body very quickly through sweat and tears. I am thankful for it as you can always learn something of value from whoever is at the front, or around you.

As you grow older, hopefully wiser, you have to rely more on the understanding of correct movement and less so on youthful athleticism to hide a multitude of sins. That's why it's so important to look and listen, and always be learning.

I've written up two techniques that I took notes on and added more of my own thinking.

It's too simplistic to think of this as just a leaning punch. I tend to look at it as more of a wave-like movement.

There are different learning styles that people have. Maybe it's a big ask of an amateur instructor to meet everyone's particular learning style in a large dojo. I tend to use lost of words, flowery concepts just to instil a feeling for the process.

This is what I came away with watching Arthur Sensei's session.

From the junzuki no tsukkomi position, when you kick, it's not a case that the head, torso an hips move forward in unison whilst maintaining the leaning position. This would lead to a cramped kick that then doesn't set up the body for the penetration required for the punch.

In relative terms the head stays still, body catches up underneath in time for the kick to take advantage of the pendulum movement. The body then moves forward in an upright way until the foot begins to land and the stance begins to form. Whilst the stance and hips settle into their final positions, the upper body and head continues to travel forward to get you that extra lean through into the punch, like a wave crashing through.

1+1+1+1=1, that's Wado maths. I told you we all have our own learning styles and mine may be totally off kilter to yours, but that's OK. 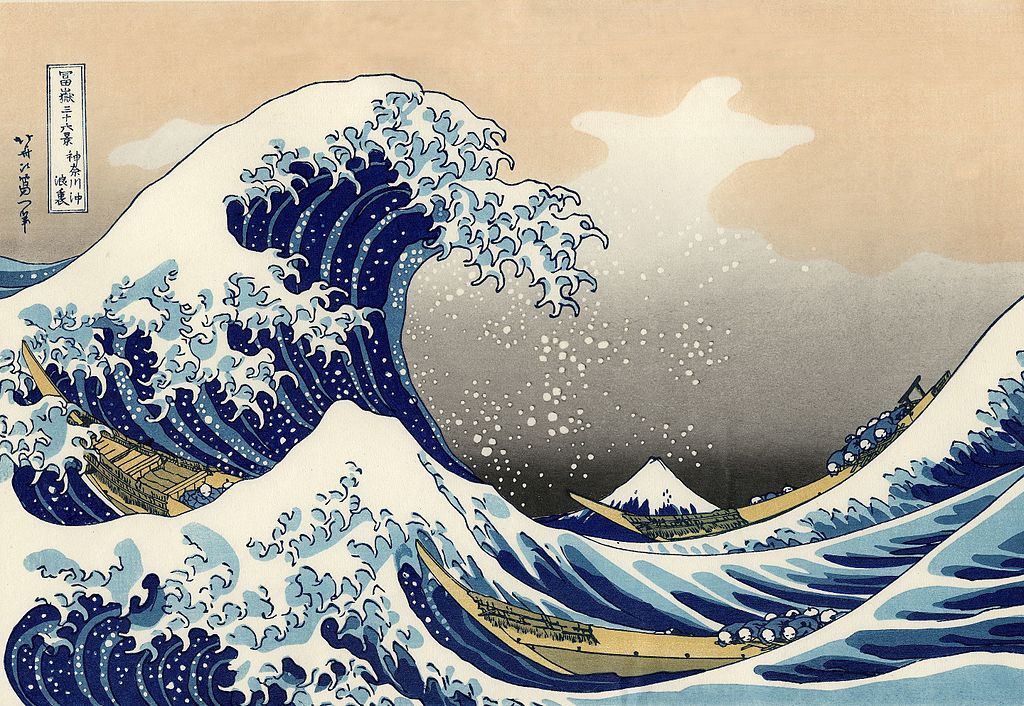 Back leg is not locked straight. Slight bend at the knee. However, if the back foot isn’t turned in, then the bent knee would also be pointing in the wrong direction so that your weight is not going into the direction of the punch.

A forcible straightend back leg doesn't add to the body drop into the punch. Having both feet turned in slightly are more important factors into setting the stance than the locked straight back leg, which could lead to pushing the body up or your bottom upwards.

Think of the feet moving circularly and not two straight lines. Two straight lines leads to a hard point, which can bring in stagnation at the midway where the knees are close together. Feet never come together. By having a curve at the end means you can’t stop. The V shape can imply stop and start.

Think of a Formula 1 car taking a hairpin turn, smooth continuous driving is better than furious driving into the bend, hard braking to a virtual standstill then starting from zero to drive away.

That’s how I could visualise or articulate the leg movement and shifting forward for gyakuzuki no tsukkomi. But we all learn or take on board information differently. Not everyone will have watched car racing or think visually. For those with different learning styles, maybe the movement is like the sound of a slide/swanee whistle as the plunger is pulled out and pushed back in, or the leg moves like you are kneeing an inflatable gym ball between your knees.


It was nice to watch but would have been better to train, but you should always be training your mind when watching.